Musical comedy Kiss is a story of playing, flirting, teasing, competing, and, above all, about love between men and women. Inventive, new musical arrangements of rock, pop and traditional songs from Balkans, with original songs of Alice in WonderBand are performed with the simplest means, only with body and voice. It’s a stunning celebration of sounds, rhythms, dance, acting, singing and acrobatics in its primordial form.

“What this duo celebrated and performed on stage was grandiose. These artists use only their bodies and voices as music instruments. Nothing more. But they do it with such energy, knowingly and persuasive, that their act is also a very amusing and interesting pleasure, that in the same time has depth. What they offer is pure energy, rhythm in its primordial form.”
Peter Kees, Süddeutsche Zeitung

Alice in WonderBand was founded in 1998 on Fruska Gora hill and since then the band has been performing and teaching in Serbia and region. They are the only artists in this part of Europe that have been developing that very specific type of performing arts: uniting music, theater, dance, movement and acrobatics with the special art of body percussion. They have been working with international body percussion artists and developing this technique which uses the body as a rhythmical instrument.

Visnja Obradovic, director and coreographer, is actress of Serbian National Theater in Novi Sad. She was educated internationally in acting, movement, dance and comedia dell’ arte. She plays numerous rolls in her theater and has received numerous acknowledgements and awards. She was working as an assistant professor at the Academy of Arts in Novi Sad, teaching stage movement and comedia dell’ arte.

The audience at Meta Theater could not get enough of listening and watching: Ana Vrbaški and Marko Dinjaški performed a celebration of sound and rhythm.
The voice of Ana Vrbaski deserves to be heard with great attention. She has a rich voice, full of strength with sparkling depth and sings ecstatic in one moment and very light in the next, as if she is playing. Marko Dinjaski also sings, plays and a gives rhythm for commend.
Every part of the performance fits into the picture: body and voice, choreography, timing, play, presence on stage and direction of Visnja Obradovic. Even with mouth full of water they gurgle and play magical tunes. Bravissimo!
Peter Kees, Süddeutsche Zeitung

This is a theater show about the endless possibilities for creativity and developing creativity using your own body, sensitivity and wit, the beauty and lightness of stage sense and sound, available always and everywhere.
Vladislava Vojnovic, dramaturg, writer, screenwriter

A theater show that combines the element of concert and new circus. Witty and, if superficially looked at, naive, it invites the audience to remember the strength that our body has, through a very brisk and intensive rhythm of performance with its specific tempo and honesty; it invites the audience to awaken through play and dance.
The Duo Vrbaski/Dinjaski is very much focused in the performance and very professional, again making the audience remember that the body is older than the head, that is has his own memory and that it can say a lot. Their performance is triumvirate of precision, focus and spontaneity.
Natasa Gvozdenovic, theater critic 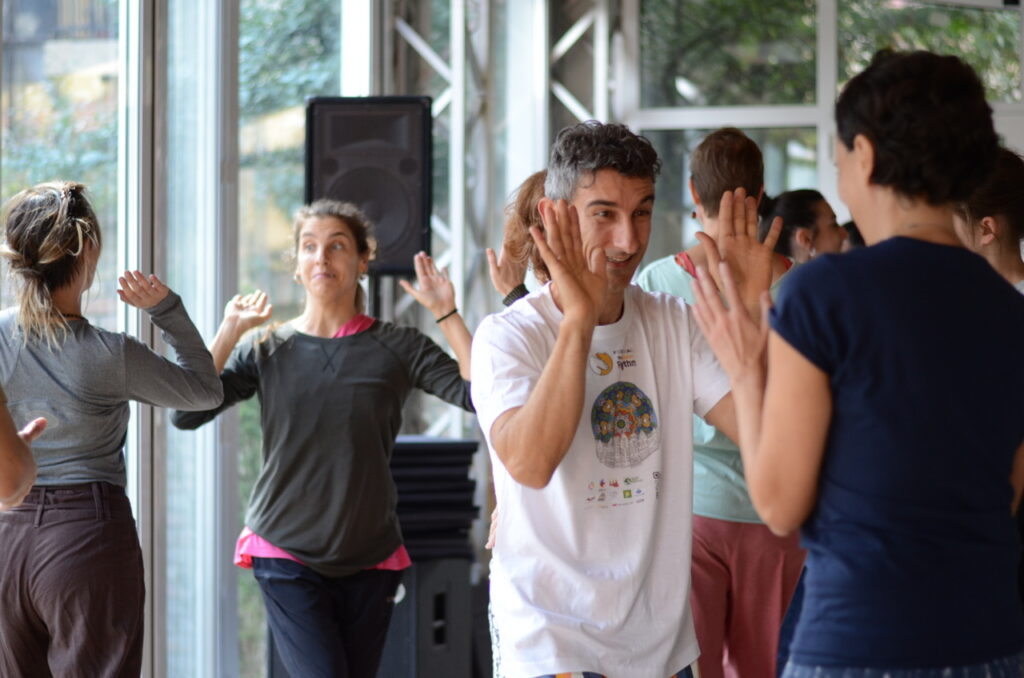 Join us in Ljubljana, Prulček, on 18th of March at 6 PM for a body music workshop, to sing and dance and learn some Balkan body music. 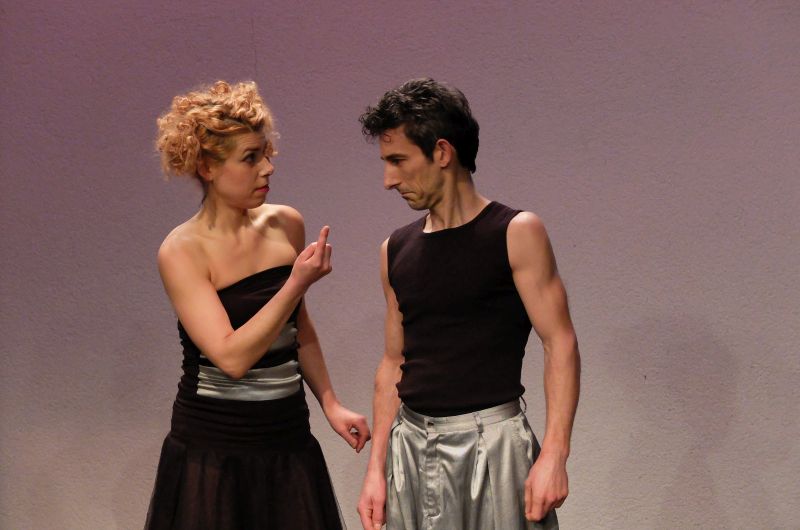 An article from Peter Kees of Süddeutsche Zeitung, February 11th 2018, about Alice in WonderBand’s performance in Meta Theater. 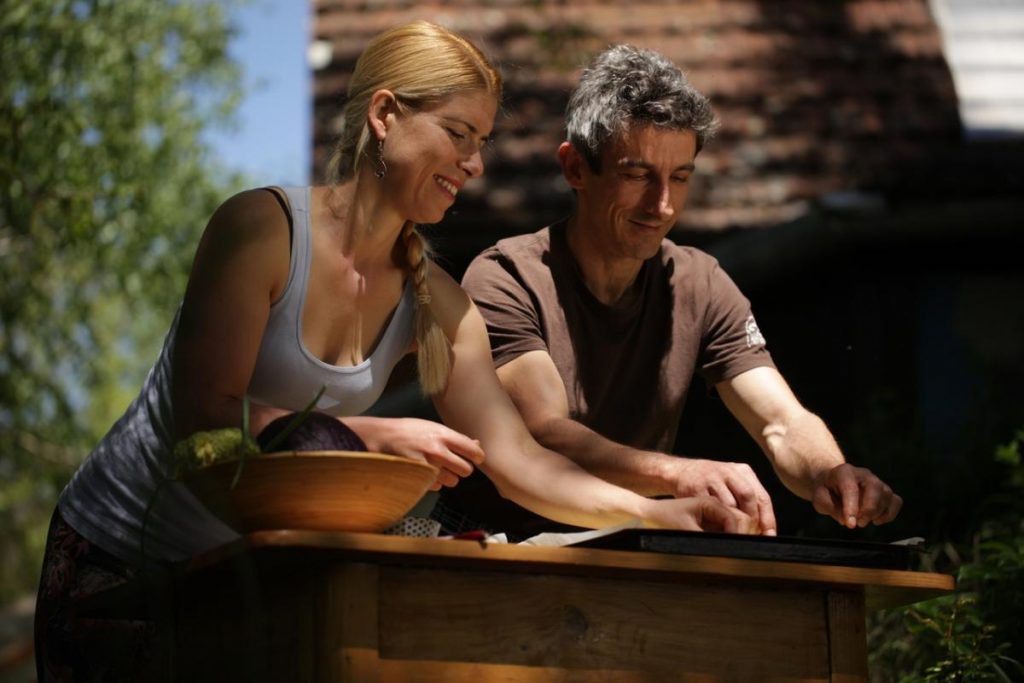 Alice in WonderBand will be staring in TV Arte’s Zu Tisch Vojvodina about Novi Sad and Fruska gora.